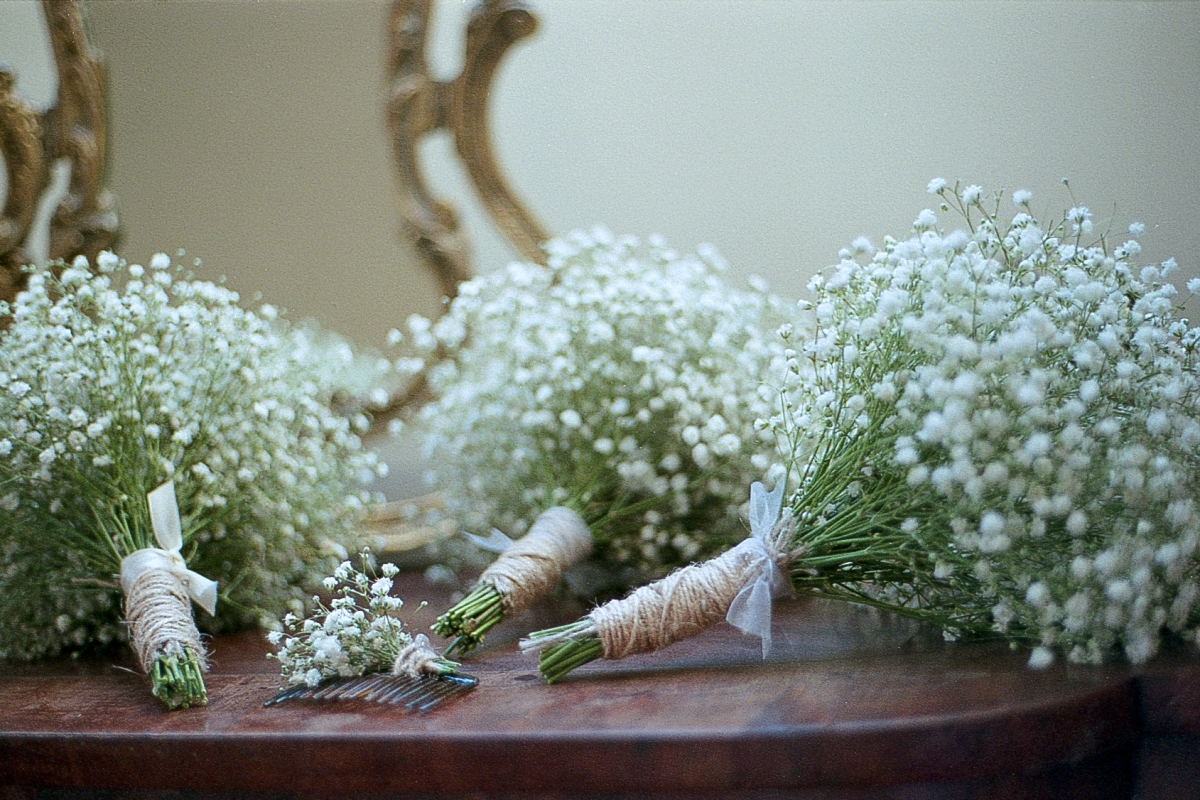 Here are a selection of film wedding photography images from my first wedding of 2015 up at Ellingham Hall on the Northumberland coastline.  It is difficult to anticipate the UK weather especially in the winter months so I didnn’t load my film into the cameras until the morning of the wedding.  I decided on colour 35mm Kodak Portra 400 film for the daytime people photos and in the evening I loaded 35mm Kodak Tri-X 400 black and white film.  The main film cameras on the day were my 1950s Leica M2 and Leica M3 rangefinder cameras but I also took my 1980s 35mm Nikon FM SLR loaded with Agfa Vista 200 Plus colour film for detail photos.  I was shooting digital photos alongside film photography throughout the day with my Leica M9. I had planned to use Portra for the ceremony as the room had plenty of light but when the time came all the curtains were closed so I had to use the digital M9 with a speedlight to generate enough light.  It was dark by late afternoon so I switched to black and white film and shot with available light with a wide aperture and the developed the film for longer to obtain the desired exposure.

Also to come are more weddings from 2015. Just trying to catch up!